Route from Loch Rannoch to Balquhidder

Much of the land between Bridge of Gaur and Balquhidder is used for deer stalking so please be aware of access restrictions. You can find details here.

There are two places where you can start this section:

This section is high moorland and is actually quite pleasant to cross. In addition there are good views north to Glencoe. 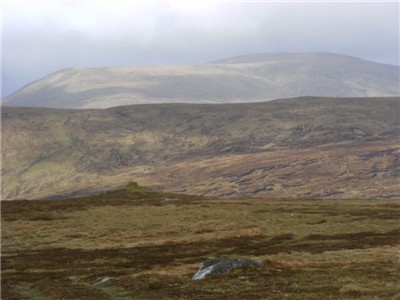 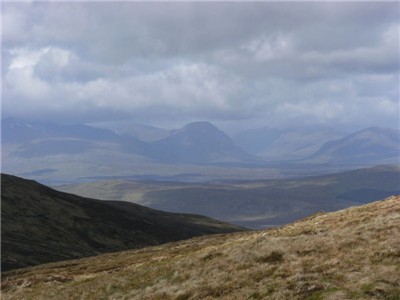 From here you have a choice of routes:

If you decide to follow David and Allan in the book then climb from NN393443 to NN382442 and follow the river up to a small lochan at NN376444. From there climb to the ridge to the west and then south to the top of Beinn a Chreachain. Once up on the ridge it's a straightforward ridge walk from Beinn a Chreachain to Meall Buidhe and on to the top of Beinn Achaladair at NN341420. Continue south to NN340405 and then east down to the track at NN352410. Follow this track round to Loch Lyon. 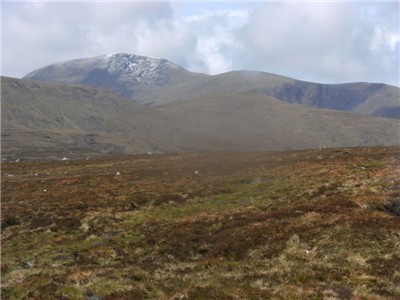 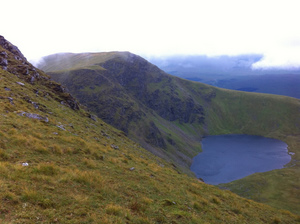 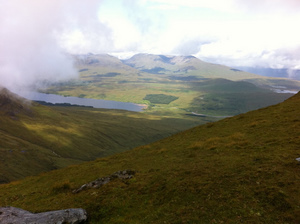 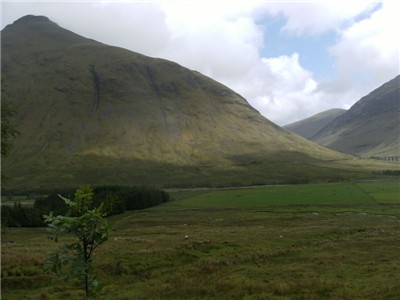 Note that if you head out west to the A82 there are several fords to cross in Gleann Achadh-innis Chailein and a pair of sports sandals might be handy. From here you can either head to the main road and follow the West Highland Way to Crianlarich or carry on towards Beinn Challuim and thence to Glen Dochart at NN439273.

There are now two alternatives: either take the moor across to Balquhidder or take the high route up by Ben More and Stob Binnein.

The route across the moor:

Starting from the A85 in Glen Dochart take the forestry road at grid ref NN453277 and follow it until you see a sign “Open Hill Access” on the left. Follow this track until you come onto the main forestry road again where you turn left onto it (do not continue to follow the Open Hill Access track across the road). Follow this road until you reach a bridge at NN461257 where you now head upstream immediately after you cross the bridge. There may be forestry operations so beware!

Carry on upstream until you come across a deer fence which has a few broken sections. You need to cross this, with great care, and then head uphill towards the top of the ridge. 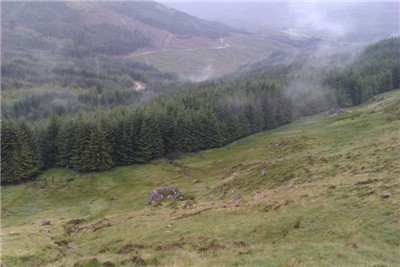 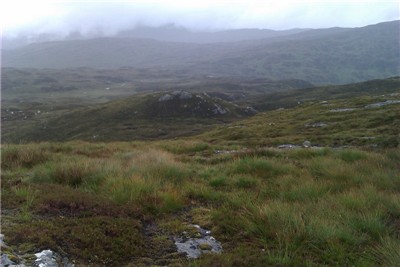 Your target in the distance is The Stob but first you have to cross the moor. This is not easy terrain and you need to watch for rock steps and peat hags. There is a small bridge over the stream at NN477254.

At NN491237 head east and contour round the hill into the head of Gleann Crotha.  Take care here as there are lots of rock steps and steep ground. Once down into the head of the glen then cross the deer fence by the stile and take the forestry road down the glen.

Once you get to the road it is only 2km along the quiet country road into the village of Balquhidder.

The high route by the Munros:

Avoid going straight up the north face of Ben More. It is long, long slog with countless false summits. Instead, take the path up Benmore Glen and then up to the bealach between the Munros. You can drop your pack here and head up Ben More if you to tick off another Munro. Either way the route carries on up Stob Binnein and south to the hamlet of Inverlochlarig. There is a path all the way but the descent down to Inverlochlarig is quite steep. You now head 10km east along a lovely road to Balquhidder. Again appropriate footwear for the road might be useful.

Note that in the book Alan carries David the last part of the way down into Balquhidder and so this might actually be the eastern track from the A85, through Kirkton Glen, that comes into the north of the village. We have decided to take the middle route as it means less walking on tarmac roads and is more in the spirit of the wilderness nature of the route in the book.

The whole area around Balquhidder is beautiful and fairly free of traffic. Do stop to visit the grave of Rob Roy McGregor in the village.

The next section is from Balquhidder to Edinburgh.

For those wanting to split this section up there is the option of the track from Achallader NN322443 to Gorton NN375482, across the bridge over the river, under the railway via a tunnel, and then start climbing at NN394467 and head south-west to NN378457 to go up Beinn a Chreachain.