(Aka Tusitala: ‘Teller of Tales’ in Samoa)

Robert Lewis Balfour Stevenson (his original full name) was a writer of the Victorian era; he is still widely read today and was a literary celebrity in his own lifetime. That life was regrettably short, a mere 44 years, from 13th November 1850 -3rd December 1894. In that time he wrote not only wonderful novels like ‘Treasure Island’, ‘The Strange Case of Dr Jekyll and Mr Hyde’ and ‘Kidnapped’, but was also a renowned poet, essayist and travel writer.

Stevenson’s writing career wasn’t formalised till 1871-but he’d always written, even as a child, a habit inherited from his father, Thomas. RLS was first published as a 16 yr. old, the book being a 200th anniversary account of a Covenanter’s Rebellion- ‘The Pentland Rising’.

Writing was an escape into a wider world for Stevenson for he had inherited the Balfour side of the ‘family’s weak chest’ and was frequently ill with coughs and fevers, not helped by living in a damp house till he was 6 yrs. Up to the age of 11yrs he was often bedridden, particularly in winter. He lived in his imaginings of a wider, livelier world outside, as recalled later in his poem ‘The Land of Counterpane’ * (1885). He conjured a world beyond his glimpses through the fanlight window * of his sickroom, encouraged by his nurse, Alison Cunningham, (Cummy) who wrote down young Robert’s stories and filled his head with Scots’ folk tales and stories of the Covenanters.

Stevenson’s literary data-bank was further enhanced by trips with his father, during his vacations from Edinburgh University. These weren’t strictly holidays, but official tours to inspect the family’s engineering works. The Stevensons, Grandfather Robert, father Thomas and Uncle Alan, were famed engineers, specialising in lighthouse building. Young Robert should have been gaining insights for his engineering studies, as he visited Anstruther and Wick in 1868, Orkney and Shetland during 1869 and Erraid (an island near Mull) in 1870. Instead, he stored up material for his writing, just as Sir Walter Scott had when accompanying Grandfather Robert many years before. Stevenson did complete university, but by getting a law degree (1875) as a bulwark against the uncertainty of being a writer. He never practiced as an advocate, his life being dominated by his writing and his love of travelling. Much of his travel was in search of a healthier climate. He journeyed widely from England to Europe and even to New York and on to California, eventually to Samoa in the Pacific where he died and was buried in 1894. 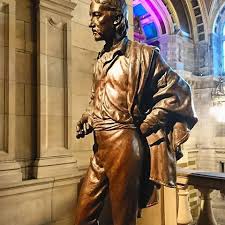 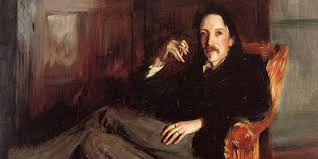 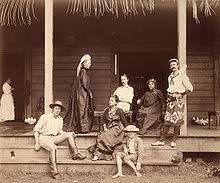